by Xu Fang
(chinadaily.com.cn) Construction was completed on the World Expo 2010 Theme Pavilion yesterday, making it the first of the four pavilions along the site's central axis to be ready for interior design work.

The pavilion features "green walls," solar cells on the rooftop and what is being billed as the world's biggest "non-column space." Click here >> more info...

(mynewsdesk.com) Today, we are very proud to present DreamHack as an official sponsor and part of the Swedish pavilion at World Expo 2010 to be held in Shanghai, China from May to October 2010th

DreamHack will in early summer 2010 hold the finals of the Chinese e-sports Qualifiers for DreamHack Summer 2010 in the Swedish pavilion and also be on site with activities for the digital youth culture with a focus on Chinese and Swedish youths. We will offer e-sports, music, creativity, knowledge, and much more.

(openpr.com) Berlin/Shanghai – trem -: Paderborns „German Energy Center & College GmbH“ makes the impossible possible: „The EXPO-extension for more than 3 years for companies incorporated in the project out of the new or efficiency energy sector“. A long prepared and developed cooperative project to assure a sustainable market penetration for German “New Energy Systems” and services. Sponsored – among others - by Berlin based „German Global Trade Forum Berlin“ the developers from Westfalia offer a wide range of services and PR-options around Shanghai`s EXPO in 2010. Click here >> more info...

(barentsnova.com) Russia is joining a  exhibition EXPO 2010 dated to May 1 till October 31 next year in Shanghai. Russia’s participation in Expo 2010 will be unexampled for the whole history of world universal expos, entering the top ten by its exposition scale, said UFI Honorable President Johan Witt, reports the Russian official website of the exhibition

Russia signed a contract to attend the Expo 2010 last year in November.

The topic of the Shanghai 2010 Expo 2010 is Better city – Better life. 191 countries will be represented on the Expo display. 70 mln people are expected as visitors. 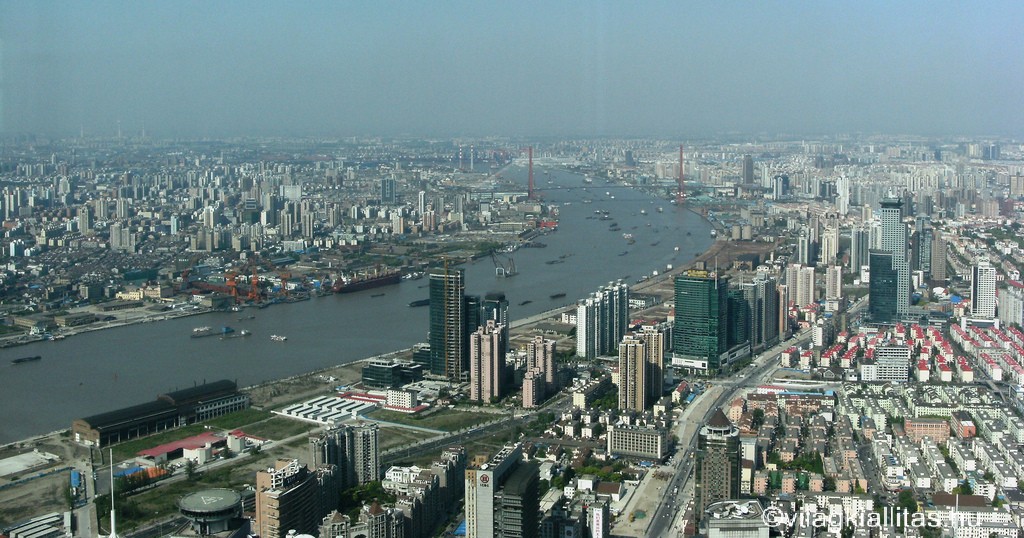 If you want to see the dazzling skyscrapers from birds eye view, have a look at the town’s everyday life, click to ’Photos’ then Shanghai today III. , where you can also find a fresh picture about the under construction China Pavilion.

Join us to a virtual sightseeing!

(dominicantoday.com) Dominican Republic will have a pavilion in Shanghai 2010 World’s Fair, to be staged with the motto " Better City, Better Life," from May 1 to 31 October next year.

(securitypark.co.uk) As part of the security arrangements for World Expo 2010, to be held in Shanghai, 3DX-RAY has delivered a new batch of x-ray scanning equipment to the Chinese government.

3DX-RAY has already supplied the Chinese government with six Axis-3D baggage scanners that have been deployed at the Beijing Olympics, the Shanghai Post Office and other government buildings. Following the success of the original order the contract was extended and 3DX-RAY has now delivered another 14 Axis-3D scanners.

1334. Canada to build most attractive pavilion

(news.xinhuanet.com) Canada hoped to build one of the most attractive pavilion at the Expo 2010 Shanghai, said Mark Rowswell, Canada's Commissioner General for the 2010 Shanghai World Expo, here on Monday.

Perhaps the most famous foreigner in China, Rowswell, also named "Dashan," was appointed on May 13 as Canada's Commissioner General for the 2010 Shanghai World Expo.

by Yang Jian
(chinadaily.com.cn) How to tour around the large site within a day at next year's Shanghai Expo? How to avoid queuing hours for a popular pavilion? Can visitors bring their pets? What should visitors do if children get lost?

1336. Pertti Huitu elected as Vice Chairman of the Steering Committee

Pertti Huitu, Commissioner General of Finland for Expo 2010 Shanghai China, was elected as a Vice Chairman of the Steering Committee of the Expo at the Fourth International Participants Meeting held on 24 September 2009.

(finlandatexpo2010.fi) The Shanghai World Expo due to take place from 1 May to 31 October 2010 will be the biggest world exposition to date.

by Dong Zhen
(shanghaidaily.com) Strict traffic limits will be imposed in Shanghai as the city celebrates the 60th anniversary of the People's Republic of China and the holiday break with spectacular fireworks and lighting shows.

Sightseers have been urged to avoid the Bund, a traditional viewing site Click here >> more info...

by Yang Jian
(chinadaily.com.cn) National and international personalities have sent messages in support of the 2010 World Expo.

by Wu Shen
(chinadaily.com.cn) THE first scenic cruise route on Suzhou Creek began trial trips yesterday in preparation for the real thing just in time for the 2010 Shanghai World Expo.

Three small boats with seating capacity for 10 and two vessels capable of carrying 24 passengers are in use during the trials. Click here >> more info...

According to a dispatch from China, Minister Bropleh was elected Friday in Shanghai at a constituent Session of the college of commissioners General of the World Expo 2010. Click here >> more info...

1341. Metro has capacity to improve

by Yang Jian
(shanghaidaily.com) More than 100 free shuttle buses will drive visitors from pavilion to pavilion, and ferries will carry them across the Huangpu River to ensure convenient transportation throughout the site of the 2010 World Expo in Shanghai, organizers said yesterday.

Visitors will be able to find a shuttle bus station every 300 meters within the 5.28-square-kilometer Expo site, and buses will roll by every three minutes, Click here >> more info...

(marketwire.com) At a news conference today at the Shanghai Expo Bureau, Canada's Commissioner General, Mark H. Rowswell-known as "Dashan"-provided an update to Chinese media about Canada's plans for Expo 2010.

"The Government of Canada, with the assistance of Cirque du Soleil, is creating a stunning pavilion that will be the jewel of Expo 2010 and an excellent showcase for Canada's theme 'The Living City: inclusive, sustainable, creative,'" said Mr. Rowswell. "Construction of the pavilion is taking shape and becoming a reality. Every time I come to Shanghai, I'm amazed and thrilled at the progress I see on our pavilion."
Click here >> more info...

Mr. Haakma, Chairman of the board of NCH,
Ladies and Gentlemen,

(fmprc.gov.cn) Let me begin by thanking the Netherlands Council for Trade Promotion (NCH) for organizing this year's Dragon cocktail. Today's topic is "Investment and Opportunities in China". I would like to take this opportunity to share with you some thoughts on the current economic situation of China and Sino-Dutch economic cooperation. Click here >> more info...

1345. Cityneon has won an US$8 million bid to build Indonesia's pavilion

(channelnewsasia.com) Singapore firm Cityneon has won an US$8 million bid to build ndonesia's pavilion at next year's World Expo in Shanghai.

Indonesia's pavilion at the World Expo will be the largest the country has ever built. Click here >> more info...

by Yang Jian
(chinadaily.com.cn) Hard times and budget cuts aside, Iceland is geared up a whiz-bang showcase effort for the 2010 Shanghai World Expo.

Iceland, badly affected by the global economic crisis, had to prune its Expo spending by about half to US$2 million, the top official for the nation's Expo participation said yesterday. Click here >> more info...

by Hu Min
(en.expo2010.cn) The 2010 World Expo organizer yesterday handed over rented pavilions to a group of countries and international organizations on the sidelines of the Fourth International Participants Meeting.

1349. The Finnish pavilion has reached its rooftop

The Finnish pavilion building at Expo 2010 in Shanghai has now reached its rooftop and the topping-out party takes place on Monday 21 September 2009. The world-famous Finnish corporations KONE and Nokia are committed as the official National Partners of Finland at Expo 2010.

The topping-out party takes place in the famous Shanghai Grand Theatre. In the party, the construction process of the Finnish pavilion will be introduced to the guests by means of a videomovie.

by Yang Jian
(shanghaidaily.com) Some 700,000 people from home and abroad will be invited to visit the site of the 2010 Shanghai World Expo ahead of the event's May 1 opening to make sure everything is working smoothly.

Journalists, employees of the Expo's 42 sponsor companies and some local residents will be called in for the test run, which will take place over several days Click here >> more info...